Throwback to March 2014. Acker & Blacker’s break of what… 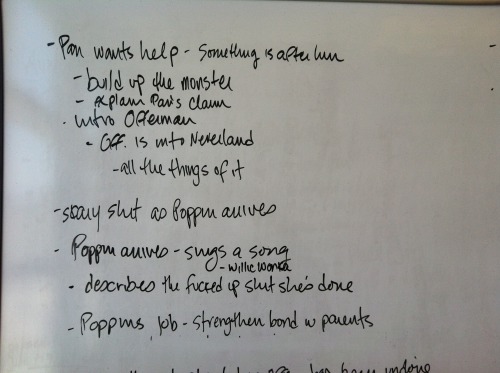 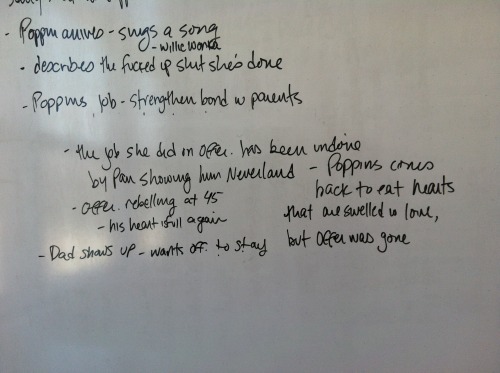 Throwback to March 2014. Acker & Blacker’s break of what would become “Straight on til Mourning” (performed first in December 2015 at Largo and again January 2016 at SF Sketchfest).

We referred to “Corey Slightly Sr” as “Offerman” because we initially wrote it for Nick to play (also with the idea that Megan Mullally would play the Poppins). Marc McConville and Joshua Malina played Slightly at Largo and SFSF (respectively) and Busy Philipps played the Poppins both times. All were brilliant, as always happens. We write something with an actor in mind and then someone comes in and shows us how it ought to be played.

This episode had a pretty long gestation. Acker had the idea of a Poppins monster not too long after the Pan episode, but we never quite got to the story for one reason or another. Then, when we finally broke the story, we knew we wanted Paul & Storm to write the songs; it was over a year before we could make that happen. We’re glad we waited. It’s one of our favorite episodes.